I was forwarded to Janelles blog from on of my friends on Twitter.
My husband has Cancer and I felt that if I could offer support to someone who had little family and was ill, I could.
While I didn't have much communication in the beginning, I was upset and worried for her.
I was devestated when I learnt that Janelle had fallen into a coma while having some treatment.
I checked on her blog daily, prayed for her health and told my friends and family about how sad this all was.
While she was in this coma her friend Tammy (Tammy will tell her story here soon) and "Hayley" would update us. Tammy was in the states and was having information relayed to her from Hayley.
Tammy would then update her blog or Hayley would update in the comments section. 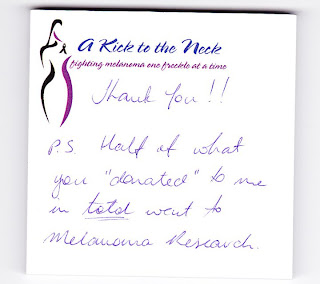 This is the post-it notes she was selling 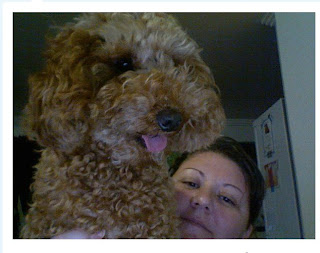 Janelle with her dog 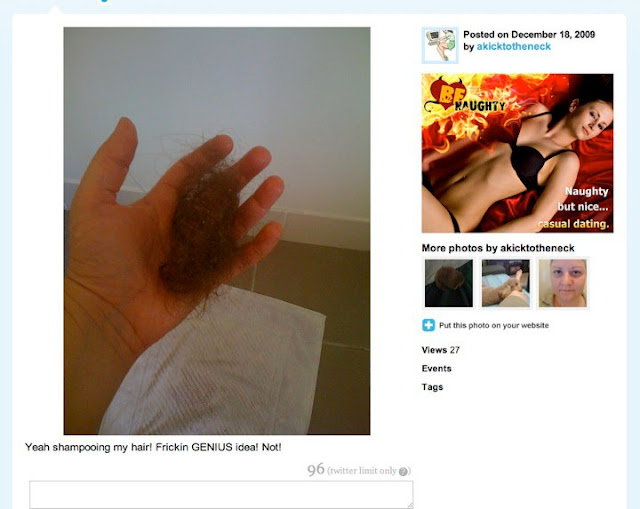 Her hair falling out or not. 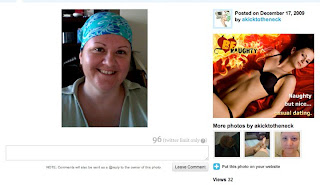 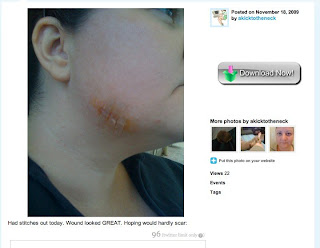 This is where she had a spot removed 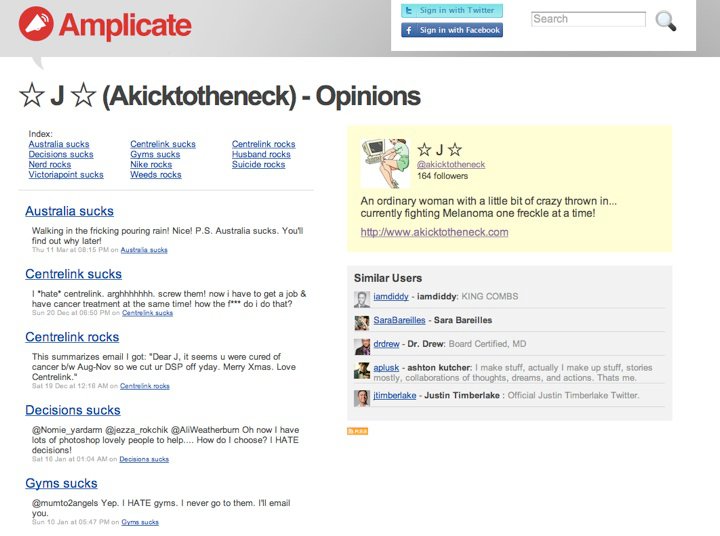 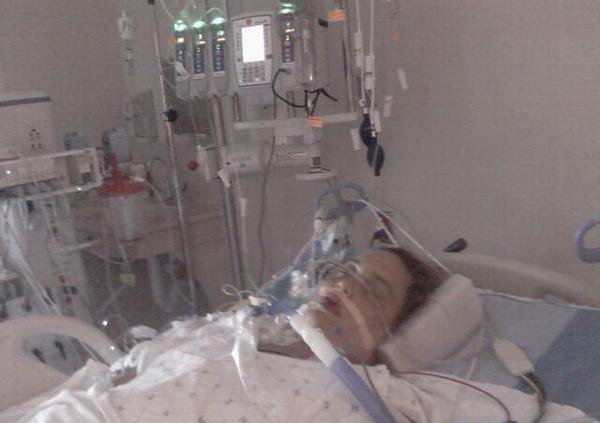 This photo was on her blog but doubt very highly that it is her. 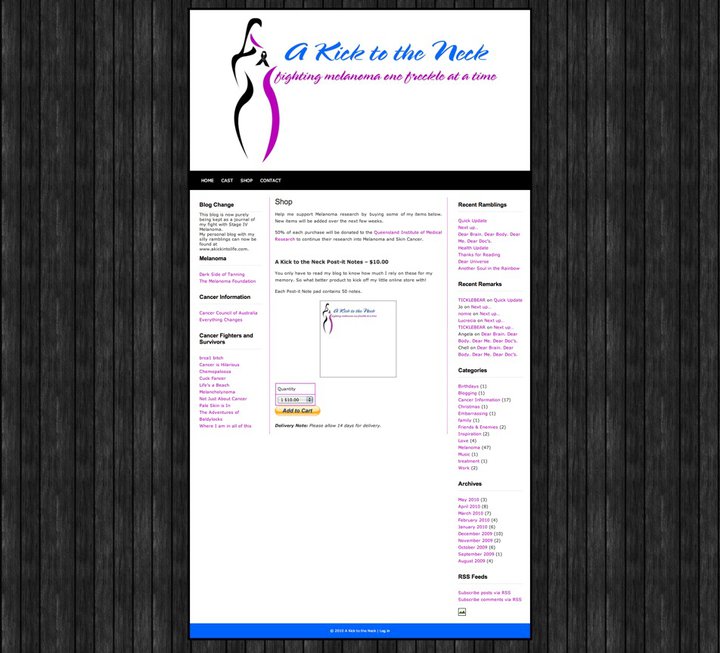 The fundraising page on her blog

0 comments
Email ThisBlogThis!Share to TwitterShare to FacebookShare to Pinterest

This is where it all began for me.

The discovery of Janelle McLean lying about having cancer came as a result of a few of us who had met her in person becoming suspicious. I had started following Janelle on twitter back in January of 2010. In the following months I had become almost obsessed with her health and the many many problems she was having as a result of Stage IV melanoma. At one point I and other followers were told that she was in a coma as a result of a some complications during surgery. We were told this by her 'friend Hayley' who turned out to be one of Janelle's other personalities. Amazingly she survived and was once again on the road to recovery. Phew what a relief!
She started selling post-it notes on her blog to raise money for the Queensland Institute of Medical Research. I purchased 'post-it' notes with her Logo on them. After transferring the money to her account she asked if she could meet me in person to give me the post-it notes. Myself and 2 other followers met up with her one Saturday in Surfers Paradise for coffee and this was when the alarm bells first started to ring for me.
All of which I found very odd. On Monday when I got to work I had decided to do some investigating of my own. I rang Dr Teo's  office and asked for the accounts dept stating I was Janelle's sister and wanted to pay her account. They had never heard of her. I logged on to twitter and saw that one of her other followers had posted a msg saying that she felt like she had been lied to and it snowballed from there.
I will be posting emails and discussions that have been added to a private group that was created in Facebook. This group was created so that all those who had been affected by her could come there and vent in private. In a way the group became like a group therapy session as some women were deeply affected by Janelle's lies.
If you have anything you would like to contribute please email it to liesofjanellemclean@gmail.com.
This woman needs to be stopped before she engages her next audience.
Belle
1 comments
Email ThisBlogThis!Share to TwitterShare to FacebookShare to Pinterest

This website is designed to help anyone who believes they are being conned by Janelle McLean.
This is Janelle McLean.
Her last known place of residence is Russell Island, Brisbane Australia. 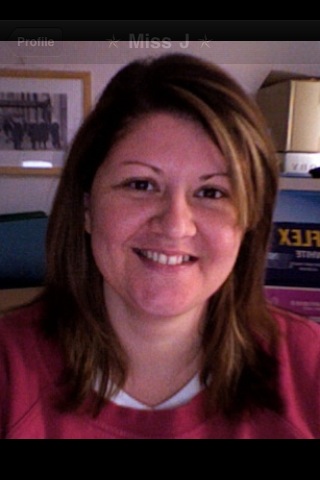 She may have changed her hair colour.
Since this picture was taken she has gained a considerable amount of weight and also has had a front tooth removed.
This woman is a compulsive liar.
She manipulated a large group of people into believing that she had Melanoma Cancer and was terminal.
She asked for $30,000 AUD to have a brain operation by one of the top surgeons in Australia.
She does not and never has had a brain tumour.
She faked a coma and pretended to be a "friend" (Hayley) who communicated with her online community regarding Janelles health.
We have since found out that the person Hayley does not exist and was Janelle.


She created other online personalities. Opened twitter accounts under these false people, Had multiple facebook accounts in other peoples names and even went to the extent of buying a pre-paid mobile phone number to use as one of her personalities Dr Ariel Donnelly.
To our knowledge her Melanoma scam is not her first, a few years ago lied about having Cervical cancer and faked her own death.
We believe that she will continue her lies.
We believe that her purpose if for sympathetic attention and also monetary gain.
Through this site I will be posting the documented evidence that we have on her scam, including pictures that we believe she has taken from other peoples websites.
If you come across any of these people and you know who they are, please contact us at liesofjanellemclean@gmail.com
0 comments
Email ThisBlogThis!Share to TwitterShare to FacebookShare to Pinterest
Home